A word, that brings a forth a bout of hunger once it is uttered from the mouth. A simple word that triggers the brain to forget about the giant meal that was just devoured, triggering a surge of new hunger.

So addictive, letting go of this dish is simply unimaginable.

The phenomenon of why, when this word is uttered, turns heads and stirs memories may have finally been answered. The perfect dish from the crack of dawn, to late night cravings, The Momo never disappoints. 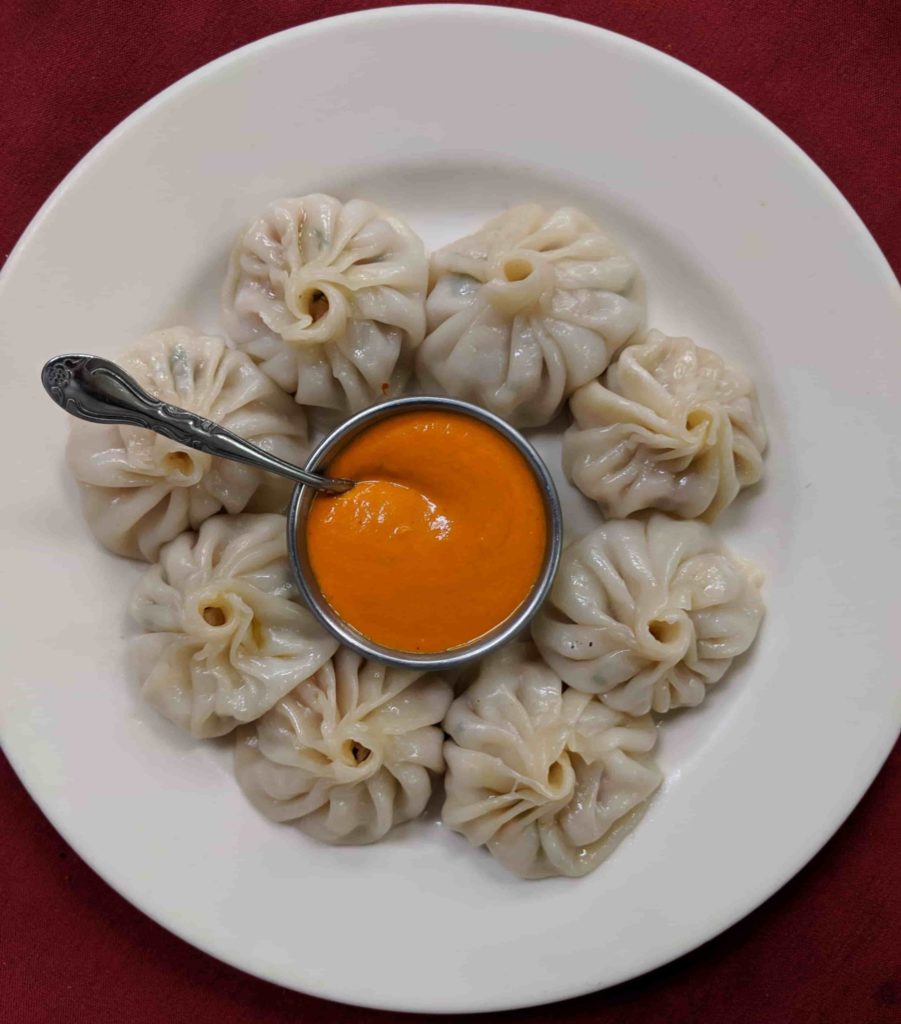 This little dish, is the smoking gun when it comes to a taste from the Himalayas. From the outside the unaware eater, may compare it to the Chinese Jiaozi, Or the Japanese Gyoza. Though it stands alone, and some may even say may trump those similar to it, there’s no doubt that it’s a staple of the cuisine.  While its origins can be stretched from Tibet and the Himalayas, The Momo is a pocket of nostalgia, with a side of bliss.

Nostalgia, you ask? Simply put, one single bite of a Momo, to those familiar with it, will transport the eater back, to memories of having their family or friends enjoying a large bounty of freshly steamed Momos and perhaps even a few drinks, but not for too long, before returning the eater back for a second bite/ and or Momo. Perhaps you’re asking, what about to those trying a Momo for the first time? Well, your memories start forming now! Congratulations, grab yourself an order of freshly steamed Momos, perhaps a beer or a cocktail and prepare to embark on a journey unlike any other.

The Momo, over the years has become a staple of its respective regions. While each region has its very own twist to the dish, it has become commonplace in households much like the combination of lentils, rice, and vegetables or meat. The Momo is here to stay, and continues to be revolutionized. A single bite, unleashes a smell, and taste which awakens the eater through its robust spices. Now if paired with a sauce, whether a spicy chilli sauce or a mellow sesame sauce, can quell the heat of the Momos core.

Whether a Momo is enjoyed at the foothills of a mountain, or at the intersection of a bustling city, there’s no doubt anywhere that paired with the Momos simplicity and robustness that it will always be enjoyed.

More about Nepali Himalayan Momo types, pictures and recipe can be found here.